Consider Jumbolair homes listed for sale. You may find your dream home among these technological wonders.

Jumbolair Aviation Estates is an ultra luxurious community. Developers created this enclave to cater to wealthy individuals with a passion for flying. Each home built here features its own private hanger and runway. Imagine landing an aircraft on your private runway.  Then continuing to taxi right into your private hanger. How many developments allow you to park your Boeing 707 at home?

Undoubtedly, Jumbolair homes for sale offer every convenience known to man. In these spacious mansions no detail is too small to matter. No aspect, from architectural design to the quality of materials and craftsmanship, was overlooked.

John Travolta and His Boeing 707

Undeniably, John Travolta is the community’s most famous resident. Many years ago, John developed a passion for flying. I am not sure whether this happened before he became the spokesman for Australia’s Qantas Airlines, or because of it. However, John translated his passion into a study of aviation. As a result, he became certified to fly airline planes. Things progressed and one day Qantas delivered a Boeing 707 to John.

As time passed, John began to dream of a home in the ultimate aviation community. He fulfilled that dream when he discovered Jumbolair and became one of its first residents. To be sure, his home is an expansive tribute to technology. Not surprisingly, it features facilities to house his six aircraft. Of course, the 707 he received from Qantas is among the planes he now parks at his home. Amazingly, the aircraft has its own gate at the residence. Additionally, its range allows John to fly anywhere in the world. Other aircraft he owns include 3 Gulfstream jets, a Boeing 727 and a Bombardier Challenger 601. I have read that John’s home cost $19-20 million to build. However, since this home was truly the culmination of his dream, it was was money well spent indeed.

Jumbolair is a private enclave near NE Ocala, just south of Anthony. It has no neighboring communities in its class. However, fourteen miles to the west, the equestrian haven of NW Ocala features amazing architectural masterpieces as well. Of course, none are more impressive than the homes of Golden Ocala. While the homes in Jumbolair are truly marvels of architectural design, technology and engineering one thing is certain. Nothing quite compares to John Travolta’s Jumbolair home. 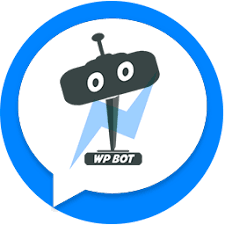